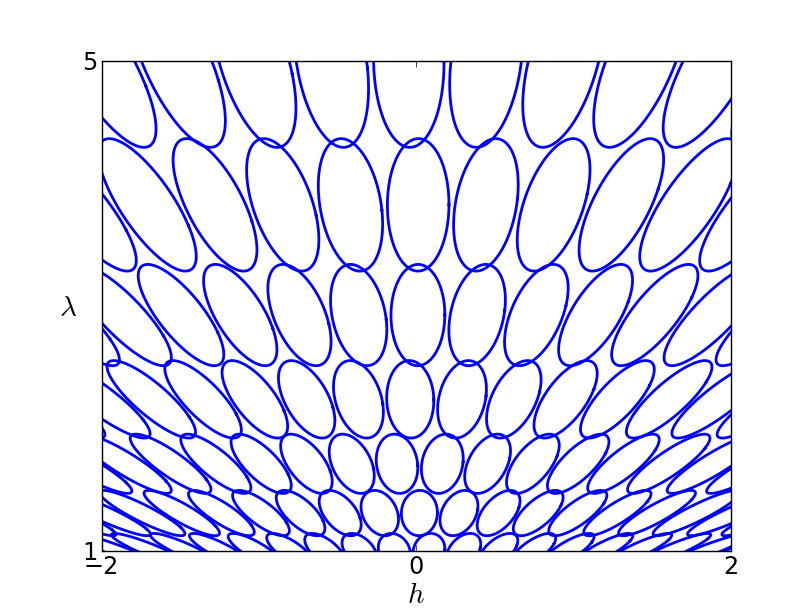 I first heard about Fisher information in a statistics class, where it was given in terms of the following formulas, which I still find a bit mysterious and hard to reason about:

It was motivated in terms of computing confidence intervals for your maximum likelihood estimates. But this sounds a bit limited, especially in machine learning, where we’re trying to make predictions, not present someone with a set of parameters. It doesn’t really explain why Fisher information seems so ubiquitous in our field: natural gradient, Fisher kernels, Jeffreys priors, and so on. This visualization shows that when

is large, changing the parameters has less effect on the distribution than when

is small. We can also repeat this visualization for the information form representation, Why do the ovals fan out?  Intuitively, if you rescale

by the same amount, you’re holding the mean fixed, so the distribution changes less than it would if you varied them independently.

Wouldn’t it be great if we could find some parameterization where all the Fisher balls are unit circles?  Unfortunately, there’s generally no way to enforce this globally. However, we can enforce it locally by applying an affine transformation to the parameters:

you started with, the transformed space looks roughly the same near

When we think about Fisher information in this way, it gives some useful intuitions for why it appears in so many places: